Donchian Channels (DC) are used in technical analysis to measure a market's volatility. It is a banded indicator, similar to Bollinger Bands %B (%B). Besides measuring a market's volatility, Donchian Channels are primarily used to identify potential breakouts or overbought/oversold conditions when price reaches either the Upper or Lower Band. These instances would indicate possible trading signals.

The Donchian Channels (DC) indicator was created by the famous commodities trader Richard Donchian. Donchian would become known as The Father of Trend Following.

For this example, a 20 day period is used which is a very commonly used timeframe.

The main function of Donchian Channels is to measure volatility. When volatility is high, the bands will widen and when volatility is low, the bands become more narrow. When price reaches or breaks through one of the bands, this indicate an overbought or oversold condition. This can essentially result in one of two things. First, the current trend has been confirmed and the breakthrough will cause a significant move in price in the same direction. The second result is that the trend has already been confirmed and the breakthrough indicates a possible small reversal before continuing in the same direction.

Oftentimes, in a clearly defined trend, overbought or oversold conditions can be a significant sign of strength.

During a Bullish Trend price moving into overbought territory can indicate a strengthening trend.

During a Bearish Trend price moving into oversold territory can indicate a strengthening trend.

The Donchian Channels indicator (DC) measures volatility in order to gauge whether a market is overbought or oversold. What is important to remember is that Donchian Channels primarily work best within a clearly defined trend. During a Bullish Trend, movement into overbought territory may indicate a strengthening trend (especially if the movements occur frequently during the trend). During a Bearish Trend, frequent movement into oversold territory may also indicate a strengthening trend. Also, during an uptrend (downtrend), movements into oversold (overbought) territory may just be temporary and the overall trend will continue. That being said, being sure of the overall trend plays a major role in getting the most out of Donchian Channels. They could be used with additional technical analysis tools such as trend lines or the Directional Movement (DMI) indicator. 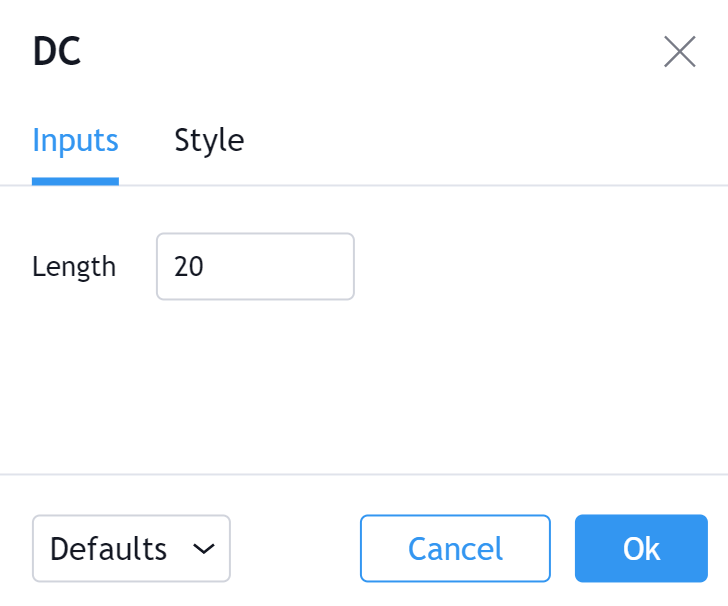 The time period to be used in calculating the Donchian Channels (20 is the Default). 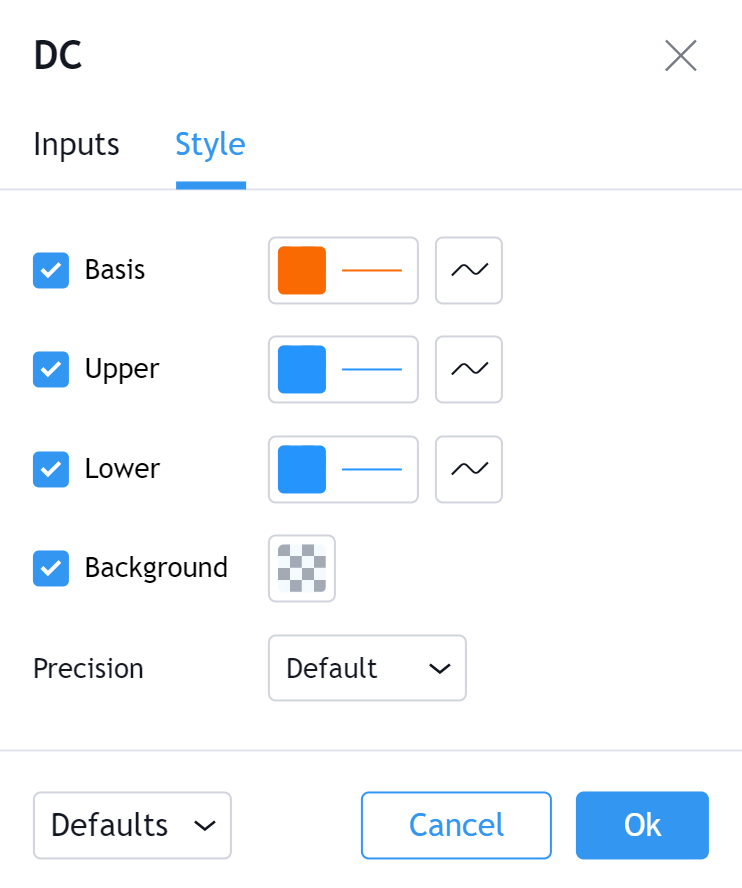