The Money Flow Index indicator (MFI) is a tool used in technical analysis for measuring buying and selling pressure. This is done through analyzing both price and volume. The MFI's calculation generates a value that is then plotted as a line that moves within a range of 0-100, making it an oscillator. When the MFI rises, this indicates an increase in buying pressure. When it falls, this indicates an increase in selling pressure. The Money Flow Index can generate several signals, most notably: overbought and oversold conditions, divergences, and failure swings.

There are four separate steps to calculate the Money Flow Index. The following example is for a 14 Period MFI:

The Money Flow Index (MFI) is actually quite similar to The Relative Strength Index (RSI). The RSI is a leading indicator used to measure momentum. The MFI is essentially the RSI with the added aspect of volume. Because of its close similarity to RSI, the MFI can be used in a very similar way.

When momentum and price rise fast enough, at a high enough level, eventual the security will be considered overbought. The opposite is also true. When price and momentum fall far enough they can be considered oversold. Traditional overbought territory starts above 80 and oversold territory starts below 20. These values are subjective however, and a technical analyst can set whichever thresholds they choose.

MFI Divergence occurs when there is a difference between what the price action is indicating and what MFI is indicating. These differences can be interpreted as an impending reversal. Specifically there are two types of divergences, bearish and bullish.
Bullish MFI Divergence – When price makes a new low but MFI makes a higher low.

Failure swings are another occurrence which can lead to a price reversal. One thing to keep in mind about failure swings is that they are completely independent of price and rely solely on MFI. Failure swings consist of four steps and are considered to be either Bullish (buying opportunity) or Bearish (selling opportunity).

A financial instrument's price and its correlation with momentum is a very important metric for any technical analyst. Because of this, the Money Flow Index (MFI) can be a very valuable technical analysis tool. Of course, MFI should not be used alone as the sole source for a traders signals or setups. MFI can be combined with additional indicators or chart pattern analysis to increase its effectiveness. 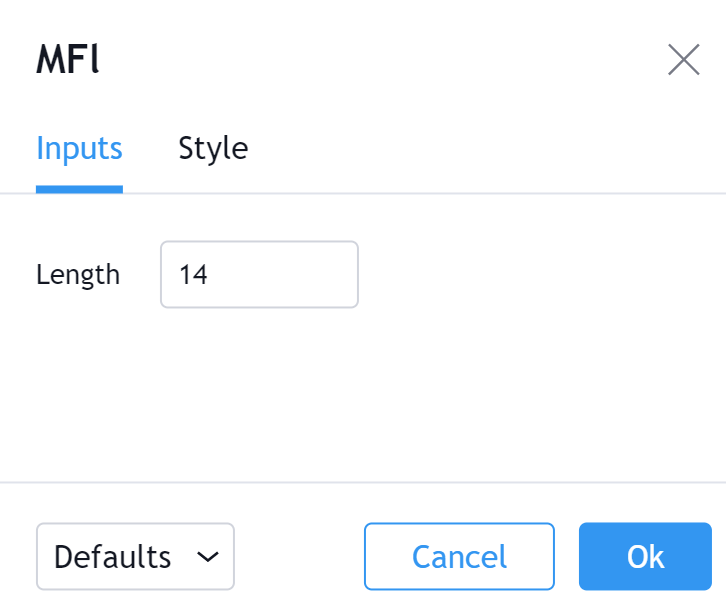 The time period to be used in calculating the MFI. 14 is the default. 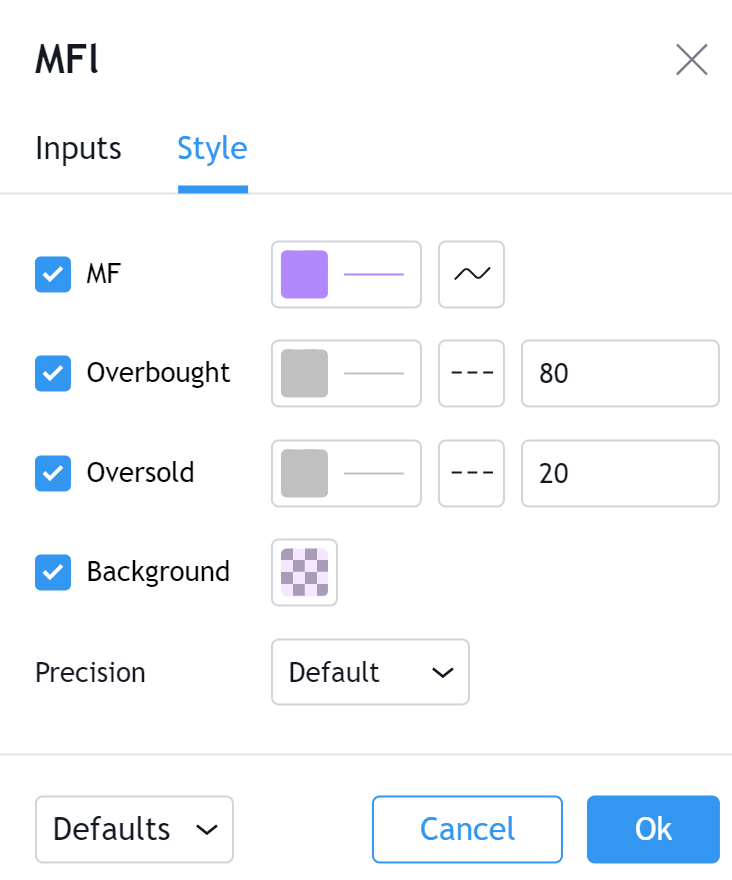