Hammer candlesticks form when a security moves lower after the open, but continues to rally into close above the intraday low. The candlestick that you are left with will look like a square attached to a long stick-like figure. This candlestick is called a Hammer if it happens to form during a decline and is considered a bullish pattern.

The bearish version of the Hammer candlestick pattern is the Hanging Man pattern. 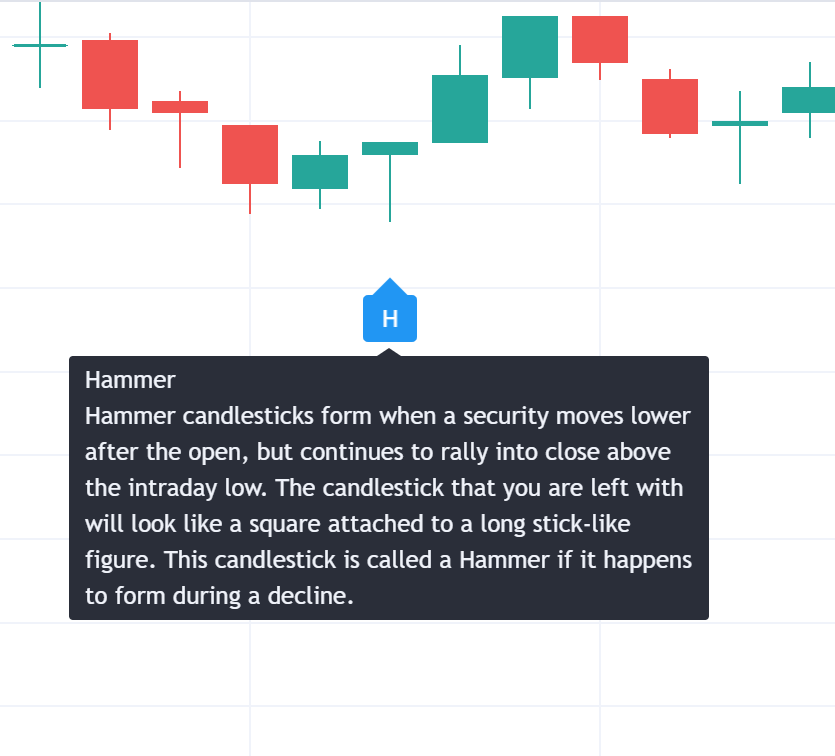 Traditionally, this candlestick pattern is recognized in conjunction with a specific trend direction, i.e. it might be important for the pattern if the price has been generally going up or down. The ‘Detect Trend Based On’ option allows you to specify which of the following methods to use to detect the trend:

By comparing two different SMAs, the 'SMA50, SMA200' option only detects stronger trends. When the trend is weak and the condition above is not met, no patterns will be detected. In contrast, the 'SMA50' option will also detect weaker trends.